The very first impression I had with Cambodia was through news on TV when I was young. I remembered images of skeletons, probably taken at the killing field where they were on display and this person Pol Pot.

When I was 14, I had to read Clay Marble for Literature lesson in school that year. It was when I dove into a little understanding behind Cambodia’s history under the ruling of Khmer Rouge. No doubt it was just a fiction book but it was put in a setting of Pol-pot ruling had saddened me and at the same time stir up my curiosity on a country so near to Singapore.

My curiosity and fascination for the country drove me to search for stories from those who had been through the Khmer Rouge period. I stumbled upon a trilogy memoir of an author who is also an activist, Loung Ung, a Cambodia-born American write her story living under the rule of Khmer Rouge and how she was given a chance to lead a new life then after.

First they killed my father 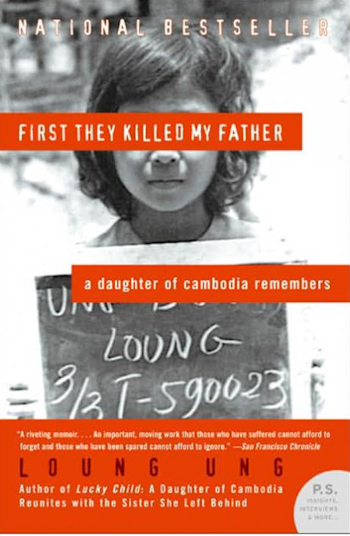 Loung grew up in a middle income family had both loving parents and 6 other siblings living in Phnom Penh, the capital of Cambodia. She led a carefree childhood, where she attend school, fought with her siblings, rides on cyclo with her mum to the market and spend quality time with her dad on the balcony listening to his stories. It all changed when Khmer soldiers came storming into Phnom Penh in 1975 and made everyone leave the city.

That was the beginning of her nightmare. Her family were on the move, from an affluent family where her father was a police officer, now they had to wipe out that part of their life in Phnom Penh and learn how to make a living as farmers.

One day, her father was taken away and he never made it back home and soon, her mum made the rest of her children who were still living in the same house leave and seek a path for themselves knowing that if she kept the children with her, they will bound to be capture by the soldiers one day.

During her life in Cambodia, she found hatred, often without food. She saw how her body ballooned due to malnutrition. Driven by hunger, she had to stomach bugs, roots, charcoal and even rats.

She related in her perspective on how the darkest period of her life was as a child. 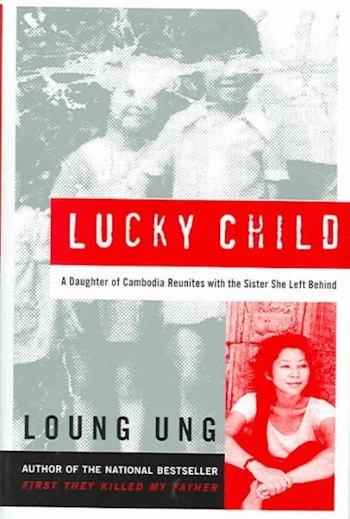 In the second book. Loung wrote on her new life in America when her eldest brother and sister-in-law decided to bring her along because she was the youngest in the family and deem to have the brightest future of them all.

In this book, she also included her sister, Chou’s story. While she was adapting into the new American life, she also translated her sister’s story on life in Cambodia after the war.

Leading the new American life, she struggled to cope with a new language, culture so different from her own and a new religion. She continued to have those nightmares where she was not able to leave behind in Cambodia and how she became an aunt to her 2 American nieces and babysit them giving them the affection while their parents work really hard in America to provide them with good decent lives.

Lulu in the sky 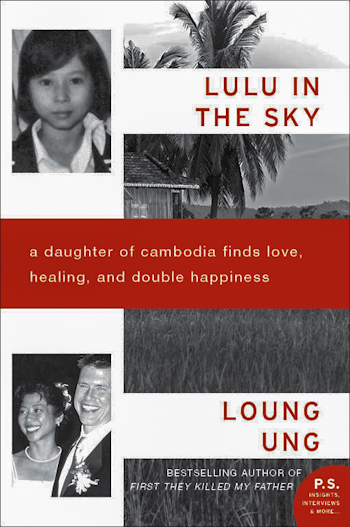 On this last book, she penned on her adulthood with an American citizenship which she eventually obtained and how she going through collage, graduation and stepping into the working world while she continues to battle with her inner demon which still haunt her since her days in Cambodia.

It is a story on how she eventually reconcile with her past while gaining her well-deserved love and happiness in the end, having 2 family, one in Cambodia and one in America.

It is almost like a happily ever after story of Loung.

Although I have not been to Cambodia but the Khmer Rouge history intrigued me that I went on YouTube to watched documentaries on Cambodia but reading this trilogy, it felt like it I have been transported me back to the dark history. The books never failed to make my eyes teary as I felt Loung’s hardship, pain and lost while it allow me to gain deeper understanding on Cambodia.

I  highly recommend these books to readers who are heading to Cambodia because it allows a you to understand the modern history of Cambodia and the people are still coping with the dark past and Loung is able to draw you into her world easily allowing you to appreciate Cambodia for what it is.

Disclaimer: If you click of the title or picture of the books and make a purchase through the affiliated links, I will make a little commission with no cost to you at all!