Having been to Korea last April for company team building trip, never would I thought I would return to Seoul so soon (no pun intended).

With some stroke of luck, I scored myself a good deal with Malaysia Airline and took off with the pretext of clearing outstanding annual leaves from last year. 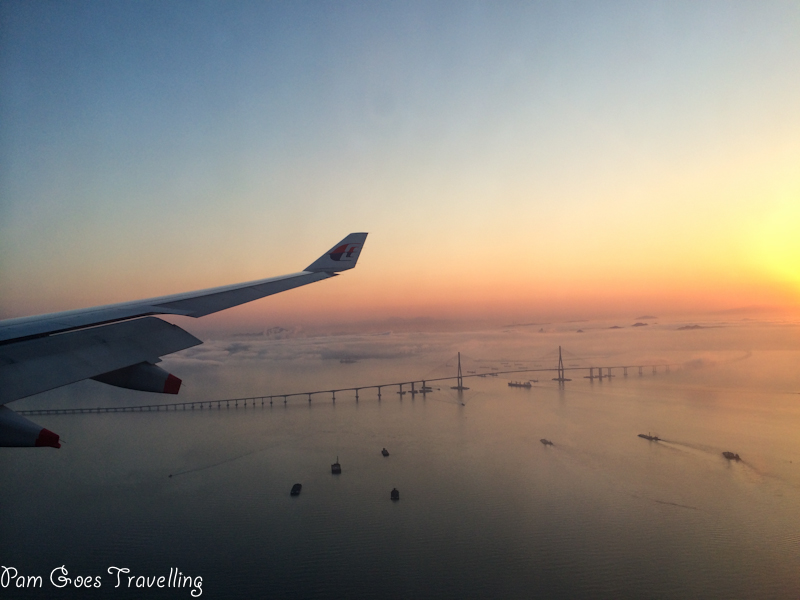 The week that I departed was when the nation mourned for the passing of our world-renowned leader, Mr Lee Kuan Yew. Atmosphere in every inch of Singapore was solemn and grey, even my usual happy place – the gateway to the world I like to call it, Changi airport does not seems like a jolly place anymore. I teared when the plane en route to Kuala Lumpur because a part of me wished I could stay and stand together with my fellow Singaporeans. For once, I am actually feeling sad leaving for a holiday!

Because I was not able to bid final goodbye to Mr Lee in person, upon reaching Seoul, with a small beautiful bouquet of white flower in hand, I got lost looking for Seoul Financial Tower where Singapore embassy is located. Seoul Financial Tower has tight security, employees of the companies in that building will need to scan their access card to go through gantries into the lift lobby.

Perhaps there were many people who had the same idea as me or maybe I had that typical Singaporean look that the receptionist on the ground level was able to guess that I was there with the purpose of going up to Singapore Embassy without me speaking. On the way up, all my emotions came rushing and tears swelled in my eyes but I tried my best to keep my emotions and tears in check before walking in.

When I learn in the news where fellow Singaporeans patiently queued for hours to pay their last respect for Mr Lee, I naively thought I was able to ‘speed up’ my process in Seoul. Oh boy, I was wrong. It took me 45 minutes of waiting and 5 minutes to pen my heartfelt words of condolences before leaving the embassy. I guess I underestimated the unity of my countrymen and impact he had left on us. Among us were Singaporeans who were in South Korea for holiday, some were currently living there and I learnt that there were even South Koreans who went to offer their condolences too. For some reason, it made me prouder than ever that I belong to this tiny island.

Spring… not for me!

Arriving in March, it is the Spring season but my brain and body does not resonate and choose to react like it was Winter, especially during the night when temperature dropped to single digit and I had to put my hands in the pocket of my coat grabbing the heat pad inside for some comfort.

Walking along the streets of Hong Dae alone, I pondered over my dinner choice. I could not make up my mind, should I have Korean fried chicken, andong jjimdak (Korean steam chicken) or Korean BBQ or other restaurant with delicious-looking food to tempt me in! After making my rounds, poking my head into the menus, I wondered, how on earth could I finish portions that was obviously meant for 2 person or more. They does not seems to have menu for one pax at all. In the end, I settled for some random hot street food to warm my tummy and admit defeat that I was not able to get into a restaurant to have a decent meal for one without receiving stares from people. Usually I am cool eating by myself but Korea is really not big on dining alone culture and I certainly does not want to look like a loser.

In my previous trip, I was disappointed that I could not make my first step into North Korea so this time, I signed up for DMZ and JSA tour in advance roping Annabel in too. The atmosphere at the border was TENSE! I felt that if I were to make any wrong move or to accidentally step out of the line we were made to queue up in, I will be shot to death instantly! 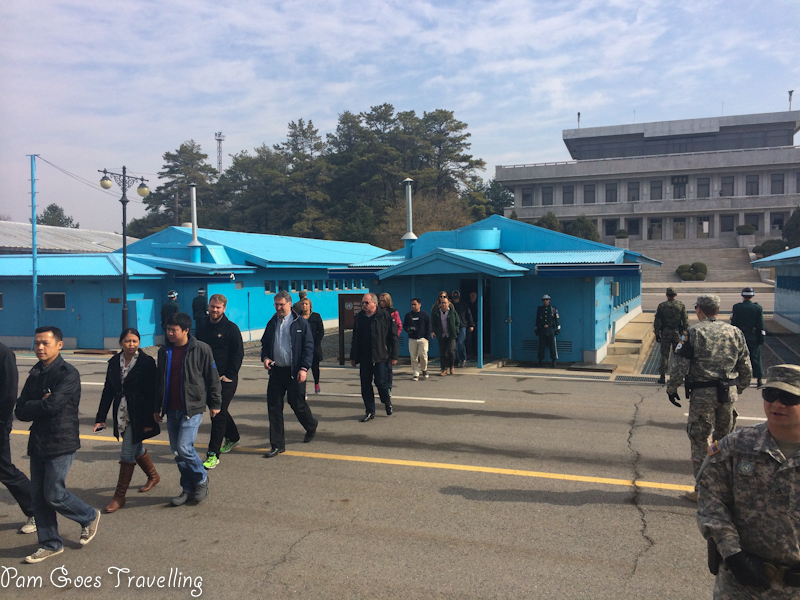 This time, I also visited new places such as Seodaemum Prison Hall, hike up Ansan mountain and revisited one of my favourite cafes, Bau House cafe where had a wonderful time playing with different species of dogs!

Inny and Meaghan were thoughtful to organise a bachelorette tea-party for Juno which was suppose to be a surprised (er.. which failed because the cat leaped out of the bag). It was held at a fanciful french pastry shop, Le Petite Verre located at Gangnam. We had three tier pastries and cakes for each table, they offer have a wide selection of tea leaves for us to choose from and coming in individual tea pot set where we were allowed to choose from their extensive display. It almost felt like a personalised tea session. I love the warm light and cozy ambience. Great choice there Inny!

The main highlight and objective of the trip is of course to witness Juno and Stephen getting married, in full traditional Korean style. It felt surreal, as though a Korean period drama unfolding in front of my eyes. 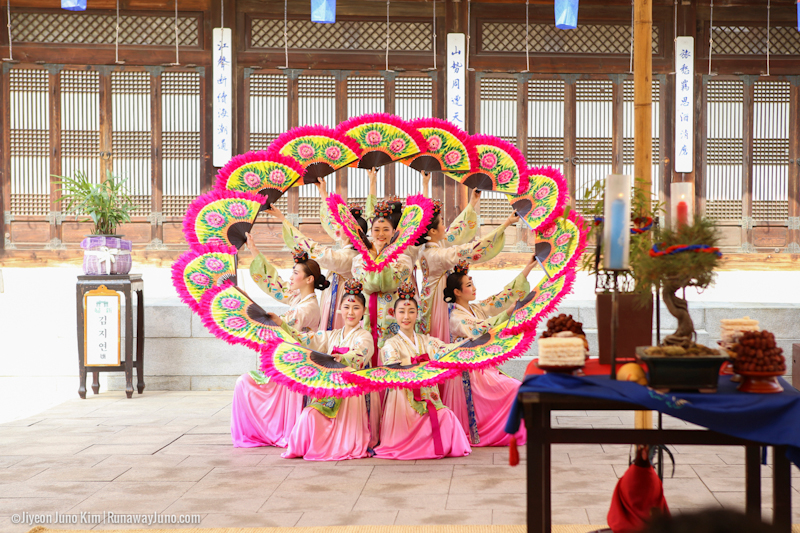 The guests were entertained with traditional acrobatics and dance performance accompanied with a mini traditional orchestra. We watched Stephen walking down the steps with his best man in traditional Korean costume with a fake goose (which seriously look like a duck to me) in his hand which he had to pass to Juno’s brother and how he received the bride from the traditional Korea house, multiple bows to them nibbling on some food which symbolises blissful marriage and all things good. An old Korean man reciting in Korea, probably explaining and giving certain cues and saying auspicious words throughout the process. The whole ceremony process was eye-opening to foreigners like us! 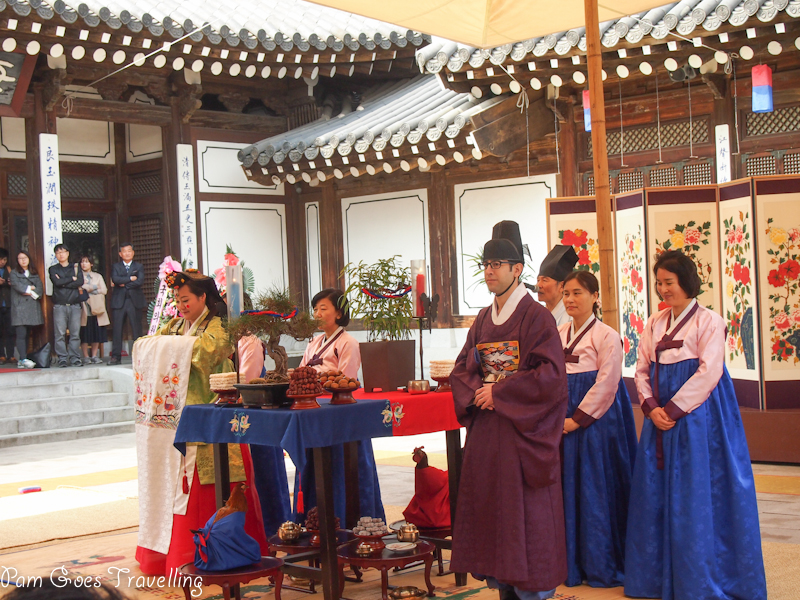 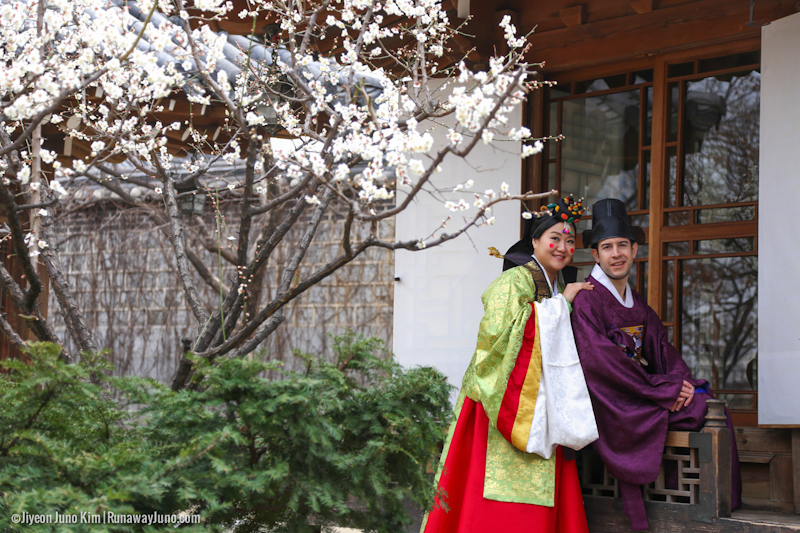 Later that evening, Juno invited us to her place for a gathering in which we got to indulge in local authentic Korean food and of course the night would not be complete without rounds of  soju, makgeolli, rice wine, fun and laughters. Mineral water joke we all remembered.

I made a shocking discovery that their bathroom is almost the same size as my room! This is something which people staying in Singapore and Hong Kong can relate to due to space constraint. I am green with envy, another reason why I should move to South Korea! :p 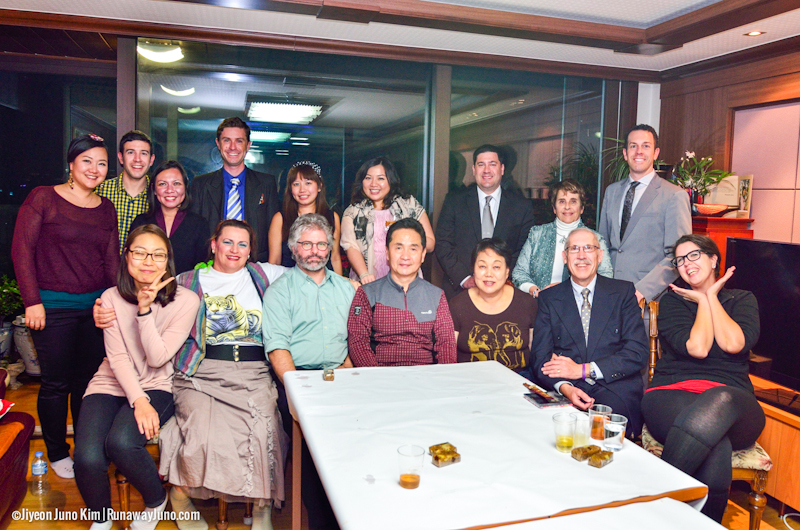 Here comes the statistic part of the trip! 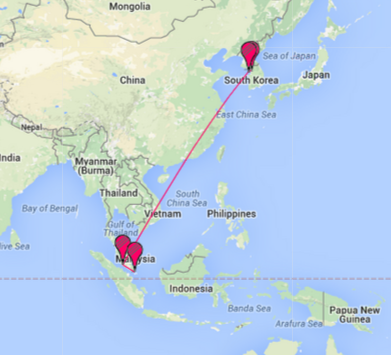 My favourite moment was when we were at Juno’s place for post-wedding gathering. All of us flew in from different countries, join in to share the joy of Juno and Stephen. It marvelled me how AWE brought me so many amazing friendships and I am thankful for everyone of them.

I will not say it is the worst moment but rather I had mixed emotions. The heart-wreaking moments of Singaporeans paying their last tribute to our far-sighted leader as he made his final journey along iconic places in Singapore with thousands bidding goodbye to him in the heavy rain before the state funeral. I wish I was back home to stand united with my fellow countrymen. However the other part of me was secretly relieved that I was away because I could not handle the depressing dramas and I will probably brawl my eyes out and just feeling depressed so this trip away also act as a form of distraction to me.

I like how Seoul develops new buildings and roads integrating with ancient monuments/ buildings to preserve their history and culture as the country move forward forming a unique city landscape. I wonder if it is the same in other cities as well.

Made it through the trip with minimal shopping with only a headband, scented candle and some personal care products for myself.

Second time to the country but I have yet explored enough of South Korea because I have not made it to other cities yet however it was a special trip and am especially honoured to be able to witness my two friends progress into their next stage of life together. The next time, I promise the next time I will allow more time to explore other parts of South Korea! 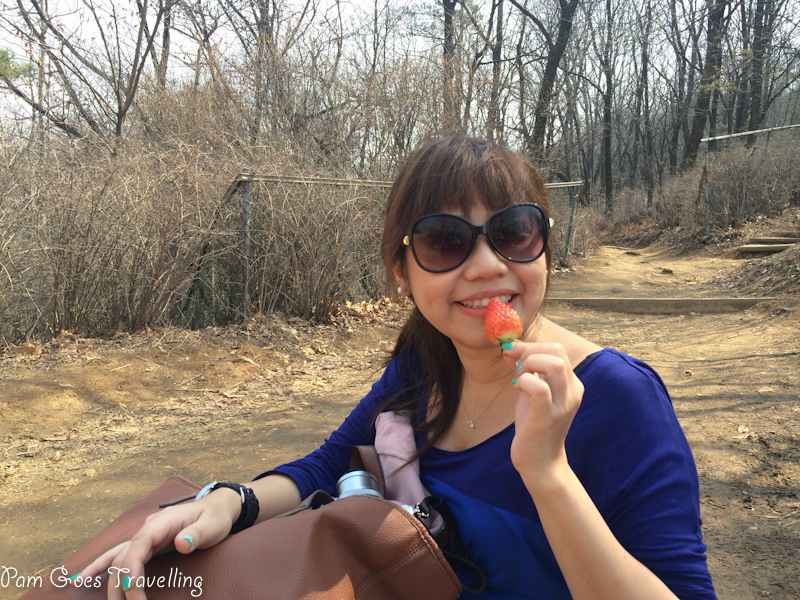 Have you visited South Korea and have you been to other cities/ provinces before? Which one is worth checking out apart from Seoul?