During my trip to UK, I am lucked that my friend is able to take a day off work to keep me company. We were deciding between Stonehenge or Brighton in which we settled for Brighton which is situated at south coast of England that is well-known for the beach and LBGT community. Brighton is about an hour drive from Guildford. 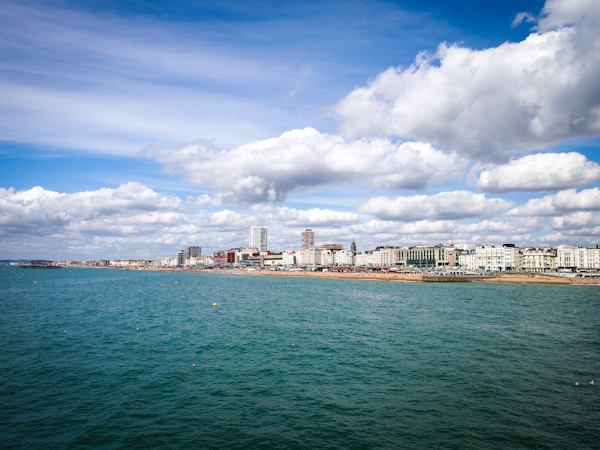 The perks of having a companion especially one who lives in England (but yet to explore enough places!) is that I can let my hair down and wash my hands off the logistics and map studying for a day, basically just taking a break from being a solo traveller. 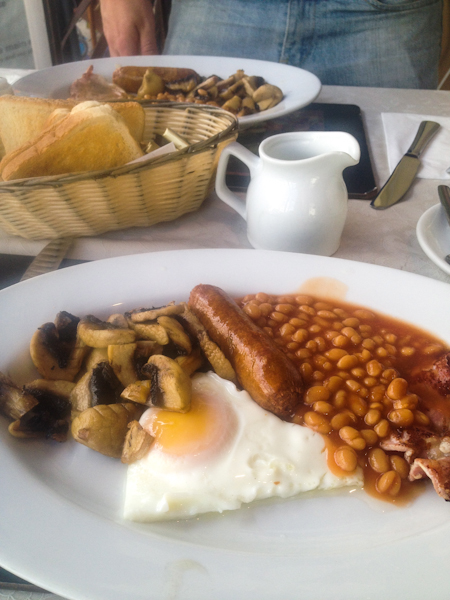 How can you go to England without even having English Breakfast? So naturally we ordered an English Breakfast set each. Verdict,it was a disappointment! The sauteed mushrooms were oily and tasteless.

Despite the horrible breakfast, we (or rather I) enjoyed looking out of our window seats people watching as they walk along the street. I have heard about Brighton having a large LGBT community but I guess I was not sure what to expect. It was ready to see it myself, eye-opener I would say. Mostly I spotted gays along the road, they were dressed very boldly and being comfortable with who they really are and it is definitely different from the Asian culture where these people had to hide behind a mask, afraid of who or what might be gossiped about them. They are brave and courageous bunch to walk out of their closet I say. 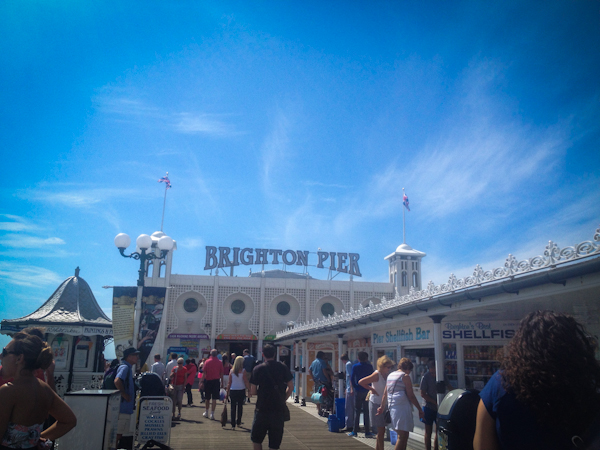 Took a walk down Brighton Pier then after. It was crowded with people who were ready to have a day of fun by the sea! There are people fishing, sea sports facilities available and also a fun fair which consist of rides, arcade and game stalls where you try to win some prizes. 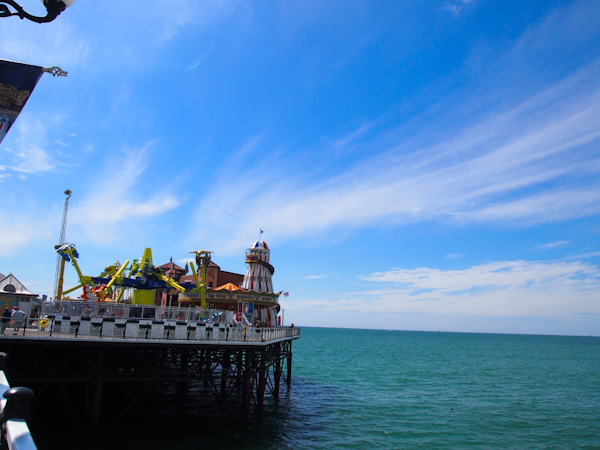 We tried our hands on one of the game stall where you  received a handful of balls and you need to roll them into the holes in order to get the sharks moving so there is a competition where the first shark that reached the finishing point win a prize, Well, in the end we walked away with a cute octopus soft toy which is now lying around on my bed right now and it happens to be one of my niece favourite soft toy.

Royal Pavilion is a formal residence of the royal family which was built during 19th century has stunning India influenced architecture. It charges an admission fee to enter the place. 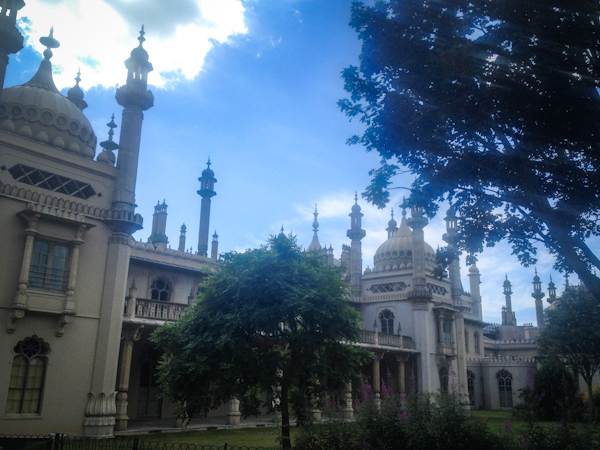 What is a trip to Great Britain without having the famous Fish & Chips? The one that we bought,  the fish was so-so but the chips were not bad. except that It would be better if they are able to provide free flow of chilli sauce! By the 6th day of the trip, I was annoyed not having enough spicy flavouring to satisfy my tastebud. 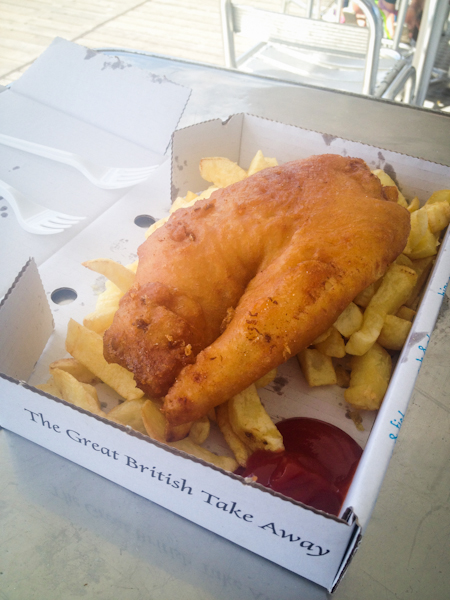 In order to let the digestive system do some work, we found a perfect spot on the beach where we were beneath the edge of a bridge.  I sat at the spot where the sun shines while my friend took cover from the shadow of the bridge. Just the way we like to hang out on a beach!

Sunny weather with sea breeze alongside with the crashing waves of the sea hitting onto the shore and people watching. What more could I ask for? Hmmm… ok, perhaps a bottle of beer in our hands. :p 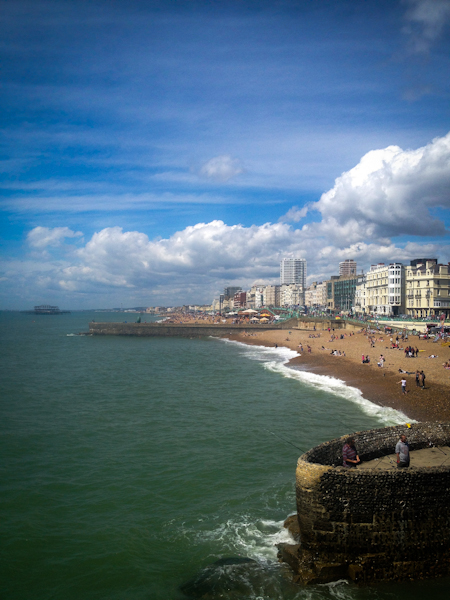 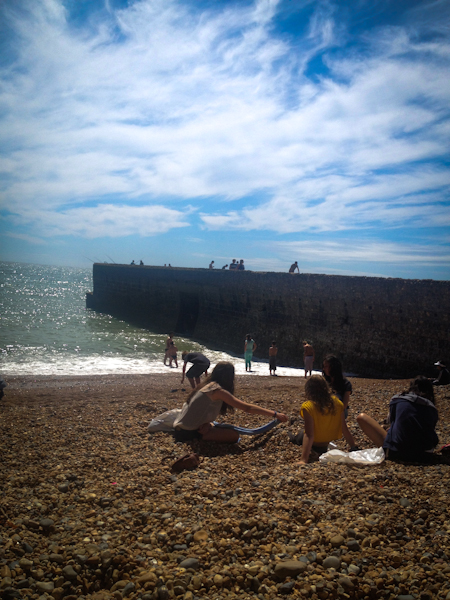 Interestingly enough, instead of the usual sandy beach, the beach in Brighton is filled with abundance of pebbles. 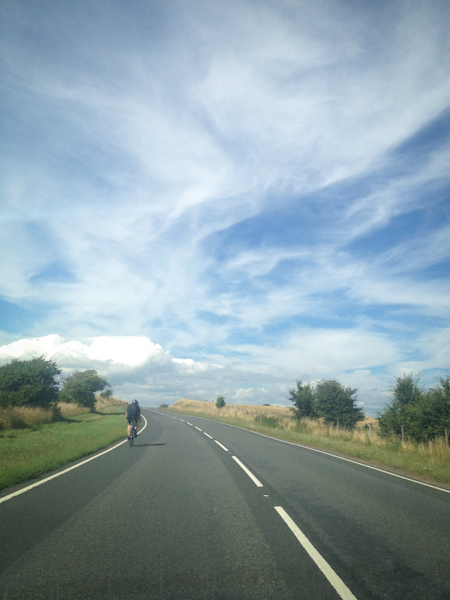 Scenic view back to Guildford. These are the simple little things I appreciate being a city girl. 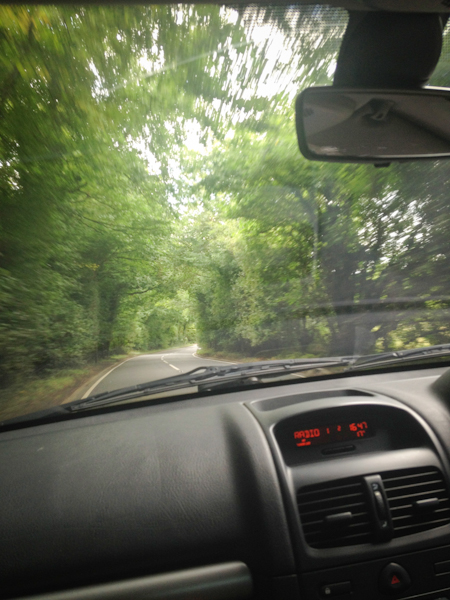 Gotta love how the leaves from the tress at both ends meet looking as though we were driving through a tunnel of greens.

There must be plenty more things to do and see in Brighton but we took the day easy just relaxing and catching up with each other. Sometimes as you travel, there need to be down time to just unwind and relax yeah?