Skip to Content
Home Blog Destination Asia Vietnam Counting down to 2015 in Saigon, the Chill style

5….4….3….2…..1! “Happy new year!” I yelled at the top of my lungs to my new friends as we clinked our champagne glasses together at Chill Skybar, a swanky roof top club right at the heart of Saigon overlooking the city from above. 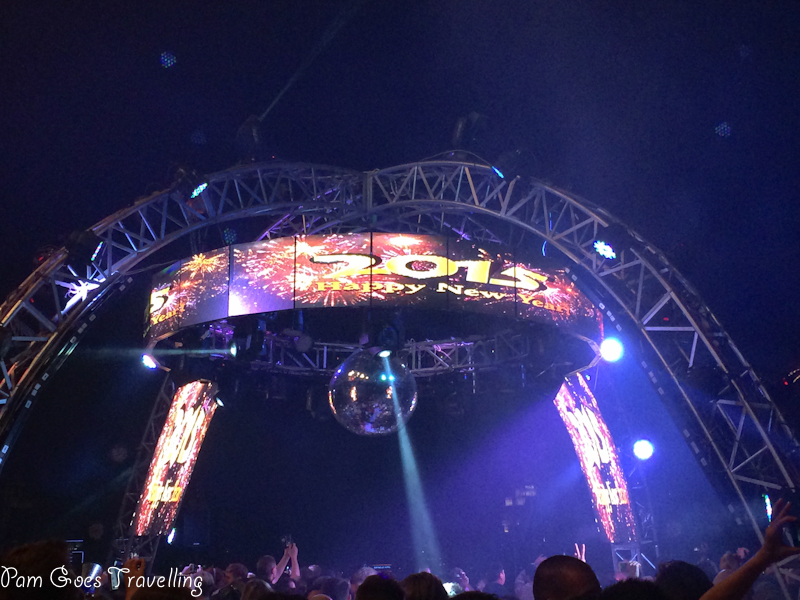 It was my fourth consecutive year spending my new year abroad. I was among the first in the world to usher in a brand new year in the streets of Melbourne four years back followed by an unforgettable experience counting down with Asian mega stars in an annual countdown concert in Taipei which my friend and I had to walk 5 kilometres back to our hotel after standing in the crowd for 8 hours and the previous one was a quiet countdown in Yogyakarta in Aggy’s home in front of a television.

Everyone wants to be seen in one of the top clubs in Saigon on New Year Eve. It was clear that Chill Skybar is targeting at rich and/or expats with spending power but not budget travellers. Since it was NYE and all I wanted to do is to have some fun and get make the countdown a memorable one, I was ready to party the house down with my new friends from States whom I met during Cu Chi Tunnel trip earlier that day.

By the time I reached the building, they were already up in the club. Queue was already snaking up and the only way to skip the long queue to go right up is when you have a table reserved that evening with a minimum spending.

Not wanting to queue by myself and who knows if I will ever make it up to the rooftop by midnight, the quick win would be to ask the hostesses on the floor if I am able to go up straight since my friends were already up there. However the hostesses were busy getting all smilies towards the arriving VIPs and escort them up to the rooftop bars and I have a feeling that perhaps I was too underdressed hence there was a change in their attitude towards me as I had a hard time getting someone to attend to my enquiries. In the end, my friends came to the ground floor and manage to talk someone into letting me in like almost immediately.

Paid an entrance fee of a million Dong, which is equivalent to USD50 to access the roof top bar which entitled us to a glass of champagne, view of the whole city with better air quality, live performances and DJ spinning party music. At least complimentary Evian water is available upon request.

Chill Skybar comprises of an indoor area with DJ spinning top hits, dance floor and tables for the drinking crowd, a dining area above the indoor dance floor with sit down area for fine dining and an outdoor area where the main stage was set up with performances going on all night and music blasting from the sound system. Tables were set up by the side of the rooftop bar along the glass railings, just so that the VIPs with reserved tables have the best view for the night.

Ourselves like most others were hanging out at the outdoor area as the atmosphere was filled with excitement anticipating the new year. The outdoor area started to get filled up as we got closer to 12am. Securities had some serious crowd controlling to do however instead of controlling the people heading towards the outdoor area, they were standing around the VIP tables, protecting their exclusive space, requesting for us to move towards the indoor area just so that commoners (who paid USD50) do not invade their area.

The super catchy Happy New Year song to welcome in 2015!

Nevertheless, we tried to ignore the fact and continued our self-entertainment, chatting and grooving to the music as we inched closer to 12 midnight. 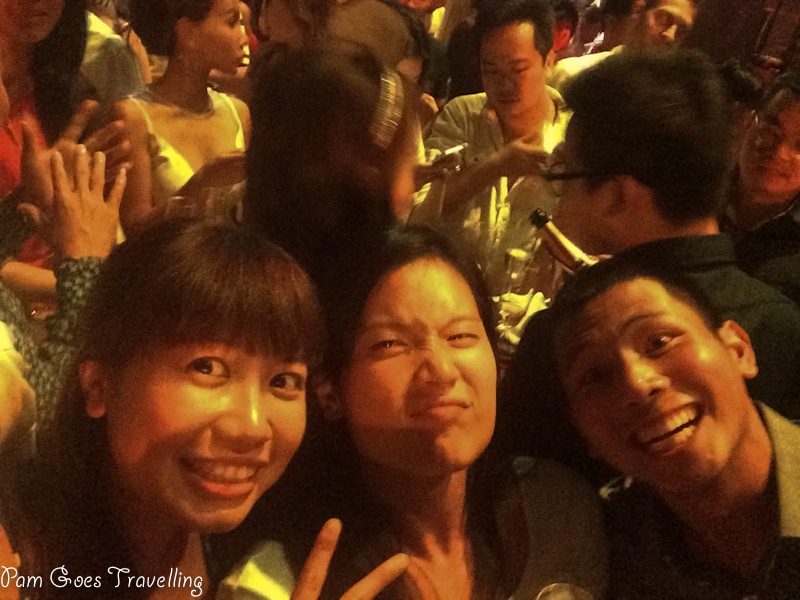 The fireworks came on a couple of minutes late from afar but I was not particularly in awe, probably because it was not spectacular, or simply because I did not have the best view and fireworks are mandatory in all New Year countdowns and maybe it was just me, having seen too many fireworks that it did nothing to excite the kid inside me anymore. 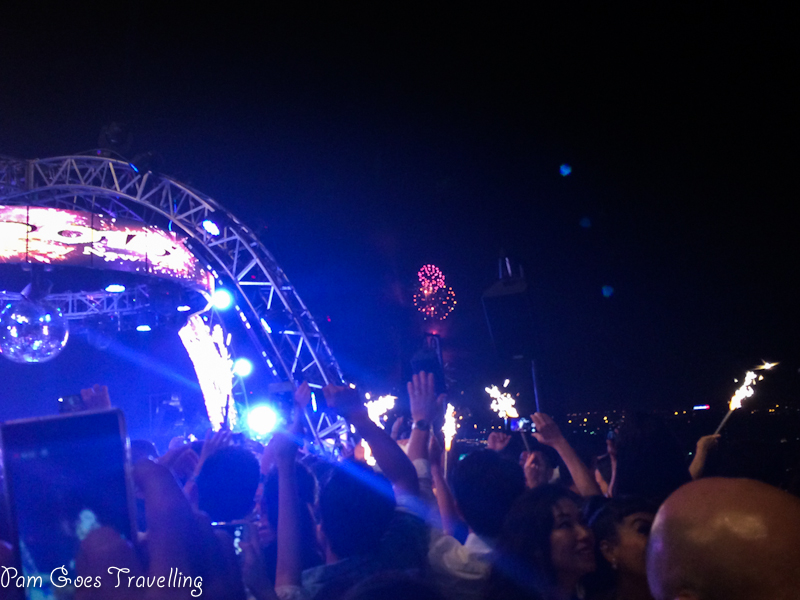 I knew that 2015 will be a better year because after the celebration because we made our way to the indoor (thank goodness for the air-conditioning) dance floor and continued to dance to the music the DJ was spinning. The night started to get better from that instant probably because it was less packed than we were outside and the crowd was thinning slowly. It hit me when I was enjoying myself moving in rhythm with the beats that I had not been clubbing for a long long time and it was refreshing to hit the dance floor once a while! We partied for another hour before calling it a night.

Although the experience I had in Chill Skybar was not as fantastic as I want it to be but I bagged another new way of ushering in a new year! With this, I have learnt that I should always pack a decent dress in my backpack  for some spontaneous party occasions. 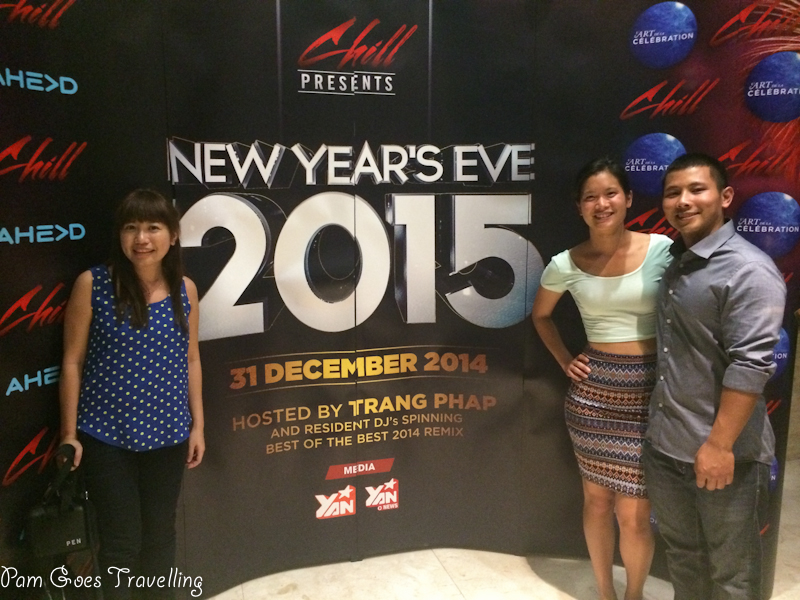 Do you still remember where did you usher in 2015 and what were you doing?